Founded in 1967 in Bangkok by Indonesia, Malaysia, the Philippines, Singapore and Thailand; Brunei joined in 1984, Vietnam in 1995, Burma ( Myanmar) and Laos in 1997, Cambodia in 1999; Papua New Guinea has had observer status since 1984. The ASEAN states seek to promote economic strength and political stability in the region through cooperation in the political, economic, trade, social and cultural fields. In 2002 a free trade area was created between the ASEAN states (AFTA). At their summit in November 2015, the ASEAN states launched the ASEAN Economic Community (AEC) on January 1, 2016, with a common internal market for goods, services and trained workers as the first step. In 2007 the ASEAN countries adopted a charter in which they committed themselves to democracy, the rule of law and the protection of human rights. However, it does not provide for sanctions against members who violate the provisions.

The organs are the permanent General Secretariat (seat: Jakarta), which primarily performs coordination functions, the annual summit conferences of the heads of state and government that have taken place since 1995, and the meetings of the foreign ministers. In addition, eight standing technical committees for Industry, Mining and Energy (COIME), Trade and Tourism (COTT), Food, Agriculture and Forestry (COFAF), Finance and Banking (COFAB), Transport and Communication (COTAC), Social Development (COSD), Culture and Information (COCI), Science and Technology (COST).

The ASEAN Regional Forum (ARF), the most important multilateral security policy institution in the Asia-Pacific region, grew out of the meetings with the official dialogue partners. In 1992 an agreement on economy and trade was concluded with the then EC. Since 1996, meetings between the heads of state and government of the ASEAN countries and other Asian and European countries have taken place every two years (ASEM conferences). Some of the ASEAN countries are also members of APEC. Since 1999, the ASEAN countries have been exchanging ideas with China, South Korea and Japan at the ASEAN + 3 meetings. In addition, from 2009 free trade agreements were signed with China, Australia and New Zealand as well as South Korea and India.

AFTA, Abbreviation for ASEAN Free Trade Area [ s ɪ ziæn fri ː tre ɪ d eəriə], on the fifth ASEAN Summit agreed to the proposal of Thailand and came in January 2002 (1992) Asian Free Trade Area of the 10 the Member states of ASEAN. With a population of over 590 million people, AFTA is larger than the EU.

The AFTA is intended to act as a counterweight to the regional trading blocs in Europe and North America (NAFTA). The aim is to reduce tariffs and reduce quotas, among other things. non-tariff barriers to strengthen trade and the economy and attract foreign investors. At the fourth meeting of the ASEAN countries in Singapore in 1992, the participating governments then agreed to set up a free trade area with tariffs between 0% and 5% within 15 years. This time limit has now been brought forward so that AFTA has come into full effect since January 2003.

APEC, an abbreviation for Asian-Pacific Economic Cooperation [ e ɪ ʃ n pə s ɪ f ɪ k i ː kə n ɔ m ɪ k kə ʊ ɔ pə re ɪ ʃ n, English], Asian-Pacific Economic Cooperation, discussion forum of 21 countries in the Asia-Pacific region (Australia, Brunei, Chile, China, Hong Kong, Indonesia (Japan, Canada, Malaysia, Mexico, New Zealand, Papua New Guinea, Peru, Philippines, Russia, Singapore, South Korea, Taiwan, Thailand, USA and Vietnam); 1989 in Canberra (Australia) established; Secretariat headquarters: Singapore. The main goals are regional and economic cooperation (e.g. exchange of information and academics, technology transfer, joint projects in the fields of science and technology), joint representation of interests within the framework of international organizations (e.g. World Trade Organization, UNCTAD), Dismantling of trade and investment barriers. Almost half of the world’s population lives in the 21 states and generates more than half of the world’s economic output. In 1994, the creation of a free trade area was agreed, which came into force for the industrialized member states in 2010 and for the less developed member states in 2020. The resolutions of the summit meetings of the heads of state and government that have taken place since 1993 and the meetings of the specialist ministers are not binding. 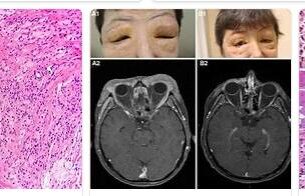 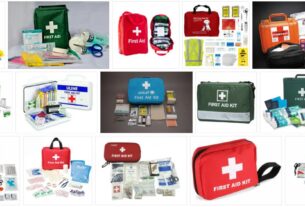 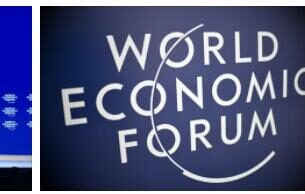