The programming language C ++ is widespread, is used in a variety of ways and has long been one of the most important languages. It was originally developed as a further development of the C language. Due to the relationship to C, it is also possible to develop hardware-oriented, fast programs in C ++.

C ++ makes it possible to program in a purely object-oriented manner, i.e. with classes, objects, properties and methods. In preparation for this, it is advisable to start with C ++ in a classic procedural manner, i.e. with data types, operators, control structures and functions. In this way you get a solid foundation, which then makes it easier to get started with object orientation.

The versions of C ++

You should work with a development environment (= IDE = Integrated Development Environment) that takes the C ++ 11 standard into account. You can make the necessary settings when installing the IDEs or when developing C ++ projects using the IDEs. Examples of IDEs are: Eclipse, NetBeans, Xcode and Orwell Dev C ++. Important reasons for using C ++ 11 are:

If you need more information about the C ++ language and how its elements are assigned to the various versions, I recommend the C ++ reference at http://cppreference.com .

User interfaces with the Qt library

There are numerous libraries that expand the already extensive possibilities of C ++. For the development of programs with user interfaces, so-called GUIs (GUI = Graphical User Interface) and for access to databases, you can use the widely used, operating system-independent Qt library and the associated IDE Qt-Creator. Since version 5.7 from June 2016, Qt has been completely based on C ++ 11. Qt primarily works with C ++, but can also be used with other programming languages.

Event-driven programming is used in Qt. The user interfaces contain control elements, so-called widgets, with the help of which the user operates the program. The operation of a widget, for example clicking a button or selecting an entry in the list, is an event. A signal is sent in the process. A signal can be connected to a slot. This is a function, the code of which is run through as a result of the event.

In addition to the classes for GUI development, the Qt library also offers many useful classes that extend the possibilities of C ++ in general, such as QString for strings, QDate for dates or QTime for times.

When developing applications, there is often a need to store large amounts of data. Various data structures in different forms are suitable for this. They each have certain advantages (and disadvantages) for organizing the data. The C ++ container library contains a large number of class templates and methods. A class template is a template that can be applied to different types of data. The different containers enable the programming implementation of different data structures.

A container manages the storage space for its elements and provides methods for accessing these elements. You can access the elements directly or using iterators. These are intelligent pointers that are suitable for the passage of containers. 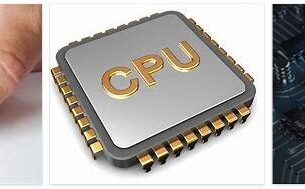 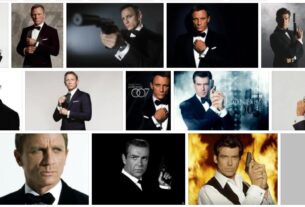