What is Chronic Inflammatory Demyelinating Polyneuropathy?

Chronic inflammatory demyelinating polyneuropathy is a disease of the nerves that are outside the central nervous system. The disease is rather rare, with an incidence of two in 100,000 people. Men are affected more frequently than women. The disease usually begins in old age.

The exact cause is still unclear, but the inflammation seems to be mediated immunologically. The chronic inflammation damages the myelin layer of the peripheral nerves, which can lead to weakness and sensitivity disorders in the arms or legs. The condition is treatable but cannot be cured.

The exact pathogenesis of CIPD has not yet been clarified. It is believed that the immune system perceives the myelin layer as a foreign substance and attacks it. However, it is unclear what triggers this autoimmune process. In some patients, abnormal proteins have been found in the blood. These could promote nerve damage.

Other pathogenetic concepts postulate that the deviating immune response takes place on the humoral and the cellular level. Antibodies that circulate in the blood are directed against the antigens of the peripheral nerves. An immune reaction occurs with complement, autoreactive T cells and macrophages.

In contrast to the very similar Guillain-Barré syndrome, chronic inflammatory demyelinating polyneuropathy is only very rarely preceded by an infectious disease. Often, however, CIPD occurs in connection with diabetes mellitus, paraproteinemia, lymphoma, osteosclerotic myeloma or other autoimmune diseases such as lupus erythematosus.

The chronic inflammatory demyelinating polyneuropathy develops rather slowly. The disease peaks around two months after the first symptoms appear. The CIPD usually manifests itself in the form of paralysis that begins in the legs and continues to rise later. The paralysis occurs symmetrically and is accompanied by a weakening of the reflexes (hyporeflexia) or reflex losses (areflexia).

Sensitivity disorders in the form of burning or tingling can also occur. Furthermore, the affected patients often complain of feelings of compression on the legs or arms. When the upper extremities are paralyzed, fine motor skills are also severely impaired. Incomplete paralysis of the legs results in difficulty walking and difficulty getting up or climbing stairs.

Complete paralysis of the arms or legs is rare. An unsteady, wide-legged and unsteady gait can occur. In children, gait ataxia is often the only symptom. The patients also suffer from severe fatigue. Occasionally muscle tremors occur. The CIPD can appear in different variants. Sensory CIPD accumulates sensitive symptoms and atactic neuropathies.

The motor nerves are also affected here, so that motor failures also occur in the course of the disease. Lewis Sumner syndrome is characterized by an asymmetrical distribution. The predominantly sensory symptoms initially appear in the upper extremities.

In CIPD, the nerve conduction velocity is slowed down due to demyelination. It is around 20 percent below the normal value. The distal latencies are longer. At the same time, an F-wave loss can be observed. In most cases, a CSF exam is also done. The nerve water is examined in the laboratory. There is a non-specific increase in protein, which indicates a barrier disorder.

The concentration is less than 10 cells per microliter. This is also referred to as cytoalbuminal dissociation. Using magnetic resonance imaging symmetrically distributed inflammatory nerve changes and thickened spinal nerve roots can be detected. In some forms of CIPD, so-called ganglioside antibodies can be detected in the blood serum.

If no reliable diagnosis can be made using the diagnostic methods mentioned, a nerve biopsy must be performed. Most often, a biopsy of the lower leg nerve (sural nerve) is taken for histological examination. Inflammatory demyelinating neuropathies can be detected in the semi-thin section. In addition, segmental demyelination can be seen. In terms of differential diagnosis, Guillan-Barré syndrome and other polyneuropathies should always be considered.

In most cases this disease leads to severe paralysis. These can progressively occur in different parts of the body and lead to the patient’s movement being restricted. The possibilities in everyday life are therefore severely limited. In most cases, the patient’s reflexes also decrease and various movements are only possible with difficulty.

As a result, coordination disorders and gait disorders can develop, so that the person affected may be dependent on walking aids or on the care of other people. It is not uncommon for severe tiredness to occur, which cannot be compensated for by sleep. The muscles tremble even with minor exertion.

Many people suffer from psychological complaints and depression due to the restrictions in everyday life. Contact with other people can also be damaged by the disease. Treatment mostly takes place with the help of medication and leads to success. However, the therapy can lead to severe bone loss. As a rule, the treatment has to be repeated after several months. In the elderly, the risk of remaining various types of damage increases.

Anyone who notices symptoms such as muscle tremors, severe fatigue or paralysis in the legs that slowly spread to the upper parts of the body should consult a doctor. Sensory disorders such as burning or tingling also indicate the chronic inflammatory demyelinating polyneuropathy. If the walking difficulties persist, the emergency services should be called in. The same is recommended if there is an accident or fall due to unexpected paralysis, or if the symptoms suddenly worsen.

Should psychological complaints arise, a psychologist can be consulted in consultation with the general practitioner. Chronic inflammatory demyelinating polyneuropathy is very rarely preceded by an infectious disease. It occurs more frequently in connection with diabetes mellitus, paraaproteinemia, lymphoma and various autoimmune diseases.

Anyone who suffers from these pre-existing conditions should speak to their doctor immediately if they experience the symptoms mentioned. Other contacts are the neurologist or a specialist in polyneuropathies. It is best to consult a pediatrician with children showing signs of CIPD. In the event of a medical emergency, the medical rescue service must be contacted.

If the symptoms are mild, prednisone is given. Prednisone is a steroid hormone belonging to the class of glucocorticoids. It has an immunosuppressive and anti-inflammatory effect. Since prednisone can cause osteoporosis, osteoporosis prophylaxis should also be considered. The side effects of long-term glucocorticoid therapy can be serious.

To keep the dose small, additive immunosuppressive substances such as cyclophosphamide, cyclosporine, methotrexate and rituximab are administered. The intravenous administration of immunoglobulins and plasmapheresis are also possible therapy options. With plasmapheresis it must be noted that the symptoms can worsen again after an initial improvement.

The therapy with immunoglobulins and plasmapheresis must also be repeated every one to three months. Around two thirds of all patients benefit from this combination of therapies. The age of onset seems to affect the course of the disease. Patients who were younger than 20 years of age at the onset of the disease show a remitting course with good resolution. If the patients are over 45 years of age, neurological deficits usually remain.

The prognosis of chronic inflammatory demyelinating polyneuropathy is related to the age of the patient and the time of diagnosis. The further the development of the disease has progressed at the initial diagnosis, the more unfavorable the future course of the disease.

A higher age of the patient at the onset of the polyneuropathy also has a decisive influence on the prognosis. Motor impairment can be observed more frequently in patients under 20 years of age. In these cases, doctors speak of motor neuropathy with subacute progression. At the same time, these patients increasingly experience good regression of the symptoms that have arisen.

If the first manifestation of the polyneuropathy takes place over the age of 60, persistent neurological deficits develop more frequently. The patients suffer more from chronic sensorimotor disorders of the peripheral nervous system. In addition, the chances of recovery are often made more difficult by other existing diseases. This represents a significant restriction in everyday life and reduces well-being. At the same time, the reduced health and the low prospect of improvement increases the risk of suffering further mental disorders.

About 10% of the sick die as a result of the polyneuropathy. Every third patient experiences periods of remission. The periods of freedom from symptoms can span months or years. A permanent recovery is considered unlikely.

As the exact pathomechanisms of CIDP are unclear, no effective prevention is currently known.

With this disease, those affected have very few or no special options and measures for direct follow-up care. The person concerned is primarily dependent on a quick and above all on an early diagnosis so that there are no further complications or further complaints. The earlier a doctor is consulted, the better the further course of the disease is usually.

It is therefore advisable to contact a doctor at the first symptoms and signs of the disease. Self-healing cannot occur with this disease. The disease is usually treated by taking various drugs. In the event of side effects or interactions, the person concerned should always consult or contact a doctor first.

You should also ensure that it is taken regularly and that the dosage is correct in order to properly relieve the symptoms. As a rule, those affected are also dependent on the help and support of their own family. Above all, this can prevent psychological upsets or even depression. It cannot be universally predicted whether the disease will lead to a reduced life expectancy for the person affected.

In chronic inflammatory demyelinating polyneuropathy, symmetrical paralysis occurs which affects the extremities. This creates many hurdles in everyday life that cannot always be overcome by self-help. As long as the syndrome manifests itself through sensory disturbances and states of exhaustion, those affected should avoid stress and extreme physical overexertion at work and in their private lives.

Relaxation exercises can be learned within a therapy. Gentle sports like yoga and swimming support and strengthen the muscles. As the disease progresses, symptoms of paralysis and incoordination increase. If the gait fluctuates, a walking aid is a safe way to cope with everyday life independently as far as possible.

If motor and cognitive skills are increasingly impaired as the disease progresses, assisted living is a good alternative. Those affected should consistently apply preventive self-help measures at an early stage in order to be able to maintain their standard of living in the long term. It is also advisable to abandon bad habits such as regular alcohol consumption, smoking and substance abuse.

Since the symptom is often associated with diabetes mellitus, autoimmune diseases, and osteosclerotic myeloma, it is important to adjust your diet. Especially since the administration of drugs to reduce the syndrome that attacks bones. We recommend a balanced diet containing vitamin D and calcium, as well as foods rich in vitamins and omega-3 fatty acids. Depression and bouts of pain can be counteracted through self-help groups and artistic activity. 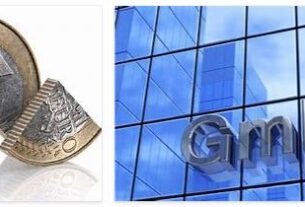 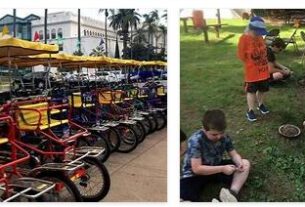