As a surfer’s ear are benign bone growths in the bony rear part of the outer ear canal, referred to, which lead to a narrowing, or even transfer of the ear canal. Individual solid growths or several smaller pearl-like structures can develop. One of the most common causes is irritation of the periosteum in the external auditory canal from cold water, because the disease is very common among surfers, for example.

What is ear canal exostosis?

Because such bony formations only occur in the inner part of the external auditory canal, they are often in the immediate vicinity of the eardrum. The benign exostosis of the ear canal must be differentiated from other benign or malignant tumorous growths in or on the external ear canal, which, however, are very rare.

The pathological changes in the meatus acousticus externus are very common in surfers and apnea divers, so that the term surfer’s ear has become common in Anglo-Saxon parlance. The constrictions in the ear canal, which are caused by one or multiple exostoses, can be easily seen with an otoscope.

Up to 70 percent of surfers who do their sport intensely are affected by such bony growths in their external auditory canals. Cold water surfers seem to be more vulnerable than surfers, who predominantly practice their sport in tropical regions. This means that cold water has a stronger stimulus to develop exostoses than relatively warm sea water.

This promotes the hypothesis that it is actually some kind of protective mechanism to keep cold water away from the eardrum. It is also noteworthy that hooded seals living in arctic waters, for example, regularly develop ear canal exostoses to protect their hearing.

Occasionally, complaints that occur when wearing hearing protection can also indicate a growth in the ear canal. Conductive hearing loss is often the complaint when the external auditory canal is severely narrowed or completely blocked by cerumen or water. In many cases, the signs and symptoms are so minor that they are not consciously perceived and the auditory canal exostosis is noticed more by chance during another examination with the otoscope.

Ear canal exostosis is benign bone hyperplasia in the bony part of the external ear canal. The bony formations themselves do not cause any systemic problems. They can be diagnosed relatively easily by eye with the otoscope. A more detailed examination using computed tomography is usually not necessary.

The real problems arise from the physical constriction or even complete obstruction of the meatus acousticus externus. This can result in secondary problems such as hearing loss and a susceptibility to inflammation. The course of the disease depends mainly on the course of the irritation of the periosteum in the ear canal. This means that the hyperplasias will continue to grow as long as, for example, the constant penetration of (cold) water continues.

If the disease is discovered before symptoms arise, the further course can be stopped if preventive measures such as the use of suitable earplugs or other suitable protective measures prevent water from entering the ears. If no such measures are taken and the irritation of the periosteum persists, the bony hyperplasias increase further up to the complete obstruction of the external auditory canal.

The auditory canal exostosis leads to growths in the area of the auditory canal. Different complications that affect the ear can arise. In the worst case, the person affected will lose all of their hearing or suffer from severe hearing loss.

Inflammation of the ear canal can easily develop, especially after bathing and showering or after going to the swimming pool. These are associated with severe pain. It is not uncommon for pain from the ears to spread to the head or teeth. The quality of life decreases significantly due to the exostosis of the ear canal.

Furthermore, the symptoms can also occur when the patient is wearing hearing protection. This may mean that certain work or activities are no longer possible, so that the everyday life of the person concerned is also restricted. For many people, sudden hearing loss leads to mental health problems and depression. Treatment is usually always necessary because the ear canal exostosis does not go away on its own.

Operative interventions are used for this. In most cases, hearing loss cannot be reversed, so that the person affected will suffer from it for their entire life. Contact with cold water should also be avoided. Life expectancy remains unchanged due to the exostosis of the ear canal.

If it is not possible for the person concerned to remove the water they have absorbed in the ear after bathing, showering or swimming, they should consult a doctor. Before doing this, you should try to carefully remove the water from your ear yourself by hopping on one leg and tilting your head. If this does not succeed over several days despite numerous efforts, a doctor should be consulted. If you experience numbness, unusual ringing in the ears or a feeling of pressure in the ear, it is advisable to consult a doctor.

If there is pain in the ears, if hearing loss sets in or if warning signals from the environment can no longer be heard as usual, the symptoms must be clarified. If the symptoms increase in intensity or if they spread further, a doctor must be consulted. If there is a headache, a feeling of pressure inside the head, a skin sensitivity on the ear, skin changes, redness and swelling, a doctor is needed.

If fears develop, if there is social withdrawal, or if sporting activities can no longer be carried out as usual, a doctor should be consulted. If there are disturbances in balance, unsteady gait or dizziness, a doctor must be asked for help. The general risk of accidents increases and should be minimized by clarifying the causes.

The course of an exostosis of the ear canal can be stopped by eliminating the cause, but the already existing hyperplasias do not recede. There are also no drugs that, if taken, would lead to the regression of the bony formations.

If the constriction of the external auditory canal does not pose a risk of secondary damage such as an increase in the frequency of inflammation or conductive hearing loss, no further therapy is necessary except for the recommendation to have an otoscopy performed at regular intervals. If a reduction or complete removal of the bony hyperplasia is indicated, an operative intervention is necessary.

The procedure is usually performed under local anesthesia, more rarely under general anesthesia. After the skin has been folded back over the bone tissue to be removed, the bone formation is milled off with a diamond drill or cut off with a tiny chisel. It may be necessary to implant your own skin, preferably removed from behind the ear, into the ear canal. If the ear is not protected from the ingress of cold water after the procedure, recurrent growths can occur.

However, medication does not have any effect on an existing exostosis of the ear canal, so that surgical intervention is necessary to improve it. However, such an intervention is not always necessary. If the benign growth does not impair the function of the ear, an operation can be dispensed with.

If the auricle or general hearing is impaired by the growth, a surgical procedure is inevitable. The growths are removed so that a remedy can be found quickly. For a quick and uncomplicated healing, the advice of an appropriate doctor should always be obtained, otherwise the course of the disease can become significantly more difficult.

The only preventive measures that protect against ear canal exostosis are to protect the external ear canal from the ingress of cold water and cold air. As a result, the periosteum in the bony part of the external auditory canal does not receive any stimulus to develop hyperplasia. In addition to two-component silicone balls, from which individual hearing protection can be formed, reusable earplugs that have been specially designed for water sports and surfing are particularly suitable.

The options for treating ear canal exostosis are also very limited, so that the disease cannot be treated with the help of medication. In rare cases, surgery is required if the cause of the symptoms is known. After such an operation, the person concerned should always rest and take care of the body.

Above all, the ears must be spared, and loud noises should be avoided. In general, the person concerned must rest and not engage in strenuous activities. Above all, the ear should be protected from foreign objects or from water after the procedure.

If the auditory canal exostosis cannot be treated, the affected person is usually dependent on psychological support. This can also be done by your own friends and family. Usually, ear canal exostosis does not affect the life expectancy of the person affected.

Ear canal exostosis can be prevented in many cases by preventing very cold water from entering the ear. Especially surfers should therefore always wear protection while surfing to prevent this intrusion. Silicone balls or ordinary hearing protection designed for these sports are suitable for this. The auditory canal exostosis can also develop when warm water penetrates, but the likelihood of it developing is significantly increased when the water is cold.

Unfortunately, further treatment with means of self-help is not possible. With auditory canal exostosis, patients are always dependent on surgery to remove the growths. As a rule, this can completely limit the symptoms. However, even after a successful procedure, the ears must still be protected from cold water in order to prevent the disease from recurring. A drug treatment of the ear canal exostosis is not possible.

If there is no treatment, those affected usually suffer from hearing loss. This cannot be alleviated by a hearing aid, since in most cases the eardrum is not damaged by an exostosis of the ear canal. 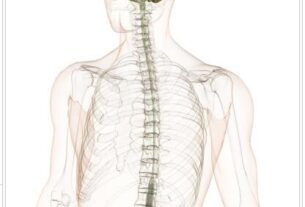 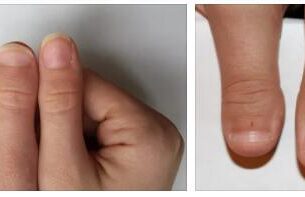 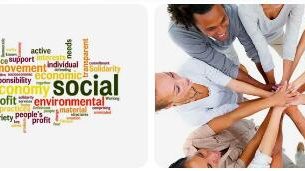