Hyperammonemia is characterized by an increased concentration of ammonia in the blood. Possible causes include congenital defects in the urea cycle and certain enzymes, as well as severe liver disease. If left untreated, the disorder can lead to severe brain damage or even death.

Hyperammonemia is the scientific term for an increased serum concentration of ammonia in the blood. Ammonia is formed during the breakdown of amino acids. In the so-called urea cycle, free ammonia is bound to form urea.

The non-toxic urea is in turn excreted in the urine. However, if the urea cycle is disrupted by defective enzymes, the ammonia that is formed often cannot be converted into urea. Ammonia then accumulates in the blood and often causes irreversible damage, especially in the brain.

Hyperammonemia can have many causes. It is merely a symptom of an underlying disease. It is often the result of a genetic disorder of the urea cycle. The urea cycle is controlled by several enzymes, the defect or failure of which can inhibit the synthesis of non-toxic urea from ammonia.

If this reaction is interrupted, ammonia builds up in the blood. Failure of the other enzymes presented would also disrupt the breakdown of ammonia. However, these defects are somewhat rarer. Thus, carbamoyl phosphate synthetase I catalyzes the addition of ammonia, ATP, and carbon dioxide to carbamoyl phosphate.

Arginase 1 controls the final step in the urea cycle, breaking down arginine into urea and ornithine. While the ornithine transcarbamylase defect is x-linked, all other enzyme defects follow an autosomal recessive inheritance. There are also metabolic diseases outside the urea cycle that can lead to hyperammonemia.

These include organic aciduria, which cause an accumulation of organic acids. These toxic metabolites, in turn, disrupt the urea cycle. Secondary causes of hyperammonemia are also severe liver diseases, since the conversion of ammonia into urea takes place in the liver.

The symptoms of hyperammonemia differ depending on the age of onset. In newborns, the course is life-threatening with the occurrence of poor feeding, hypotension and lethargy. If the disease first appears in infancy, it is less acute with lethargy and failure to thrive.

When it first manifests in infancy up to puberty, the focus is on mental retardation, disturbances in the coordination of movements, learning problems, headaches and vomiting. Overall, the appearance of hyperammonemia corresponds to the symptoms of hepatic encephalopathy.

The hepatic encephalopathy described in connection with severe liver insufficiency manifests itself in a spectrum ranging from mild clinical symptoms to coma. In the first stage, for example, problems with concentration, mood swings, drowsiness and disturbances in fine motor skills occur.

Stage II is characterized by increased drowsiness, impaired speech motor skills, apathy, and disorientation. In stage III, the patient usually sleeps permanently, but can still be awakened. Incoherent speech upon arousal and increased muscle tension are also associated with this stage. Stage IV is characterized by a hepatic coma (coma hepaticum).

Hyperammonemia can be diagnosed by the appearance of symptoms of hepatic encephalopathy. Among other things, a skull CT is used for the differential diagnosis of a stroke or a blood sugar test to rule out hypoglycaemia. Furthermore, ammonia is determined in the blood.

Left untreated, hyperammonemia can cause serious harm to the patient, and in the worst cases, death. The primary cause of hyperammonemia is poor drinking. This usually results in dehydration, which generally has a very negative effect on the patient’s body.

Mental retardation also occurs, so that the person affected may be dependent on the help of other people in everyday life. Thought processes are also restricted and made very difficult by the disease. It comes to vomiting, nausea and headaches. The coordination and all movements are also disturbed and can no longer be carried out easily.

The sufferer may lose consciousness or even fall into a coma. Speech disorders and concentration problems also occur. The quality of life is extremely restricted by the symptoms. If the hyperammonemia is not treated, life expectancy is usually reduced and the patient dies prematurely.

Treatment does not lead to further complications and is carried out with the help of drugs. The complaints can be limited relatively well. However, it is possible that irreversible damage has already occurred as a result of hyperammonemia.

Newborns and infants who exhibit refusal to eat should be presented to a physician as soon as possible. Rejection of breast milk supply or alternative formula is a cause for concern. If you lose weight, have pale skin, or have a lack of saliva production, you need to see a doctor. In the further course, without medical care, there is a risk of undersupply of the organism and thus the premature death of the newborn. If the child shows behavioral problems, is lethargic, or has uncoordinated limb movements, a doctor must be consulted.

In the event of mood swings, severe tiredness and a very intensive need for sleep, a check-up should be carried out. If an increased tension of the muscles is determined, this must be medically clarified. If the muscles cannot be relaxed even when lying down or when you are lightly asleep, you should see a doctor. If the child is in a comatose state, call an ambulance as this is an emergency. If the child has problems with fine motor skills or coordination problems, a doctor should be consulted. In the event of loss of consciousness or apathy, a doctor must be consulted immediately. Children who are already able to speak need to be seen by a doctor if their pronunciation breaks down or speech is regressive.

In the case of acute hyperammonemia, immediate measures must be taken urgently. For this it is necessary to immediately stop the protein intake for two days. Furthermore, this includes the implementation of a sugar infusion, the administration of insulin and the supply of arginine and carnitine.

Various drugs such as phenyl acetate, phenyl butyrate or benzoate are used to detoxify the blood. Diuretics increase urine output. In some cases, dialysis may also be required. Lactulose, a disaccharide, is also given.

With the help of intestinal bacteria, this carbohydrate is broken down into lactate and acetone. The resulting more acidic intestinal environment ensures the binding of ammonia to ammonium salts. For the long-term treatment of hyperammonemia associated with enzyme defects, a low-protein diet must be maintained over the long term.

In addition, the administration of arginine hydrochloride, citrulline or lysine is necessary. If the hyperammonemia is the result of liver disease, it obviously needs to be treated.

The prospect of healing from hyperammonemia is linked to the use of treatment and the underlying disease. Drug therapy is used to detoxify the blood. This relieves the discomfort and improves the patient’s health. If treatment is refused, the prognosis is poor. In severe cases, permanent impairment of brain activity can occur. In addition, the person concerned is at risk of premature death.

With treatment, the prognosis improves, but there is usually no cure. The medical care that is initiated depends on the cause of the symptoms. In the case of a genetically determined underlying disease, alleviation of the symptoms can be achieved. In long-term therapy, the urea cycle is monitored and regulated. This leads to an improvement in the general state of health and a reduction in the existing complaints. Since the genetic defect cannot be changed for legal reasons, there is no permanent cure. As soon as the treatment is interrupted or stopped at one’s own request, the disturbances in the urea cycle return.

In the case of an acute condition, the patient is treated in intensive care. This improves the health of the patient, but is not sufficient for healing. In the case of existing organ damage, the organism must also be supported long-term with medication so that the blood is sufficiently cleaned.

Serious crises can be avoided in congenital hyperammonemia by a lifelong diet with low-protein food. However, there is no recommendation to prevent the disease in a urea cycle disorder because it is genetic.

In the case of familial occurrence, human genetic counseling is offered. However, non-genetic causes of hyperammonemia can be prevented by adopting a healthy lifestyle and avoiding alcohol.

Hyperammonemia may reduce life expectancy if the disease is diagnosed late or not treated. In the case of hyperammonemia, those affected are dependent on taking medication. It is important to ensure that it is taken regularly and, above all, correctly so that the symptoms can be treated correctly. If anything is unclear or you have questions, you should always contact a doctor first.

Regular examinations of the body are also very important with this disease in order to prevent damage to the internal organs or to detect them early. A healthy lifestyle with a healthy diet can also have a positive effect on the course of the disease. In many cases, those affected are dependent on the care and help of relatives and family as a result of the disease.

If acute hyperammonemia is present, protein intake must be stopped immediately. Depending on the medical treatment, the diet should then be changed to avoid a recurrence of the reaction. The doctor will recommend a low-protein diet for the patient to follow for at least two to three months after diagnosis.

At the same time, therapy using various detoxification drugs is indicated. This can be supported by the patient with regular fluid intake. In addition, sporting activities should be temporarily avoided. Rest and bed rest are important, especially in the first week or two after diagnosis.

If hyperammonemia occurs as a result of liver disease, stimulants must be avoided. In addition, the underlying disease must be treated. The underlying condition is usually treated with medication, but in some cases surgical treatment is necessary. After an operation on the liver, the body is severely weakened. The patient has to spend a few days in the hospital and should then recover at home. Regular visits to the doctor’s office ensure close monitoring and targeted treatment of acute symptoms. 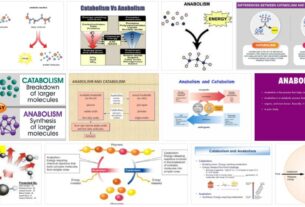 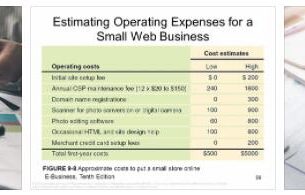 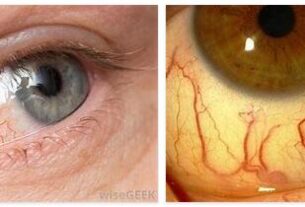