What does LTS mean?

The term Long Term Support, or LTS for short, describes – primarily in the open source context – software or operating systems that are supported over the long term. The term thus symbolizes stability and reliability over a long, usually firmly defined minimum period.

Long term support is an essential feature in the life cycle of applications. Because for the standard versions of open source software, there is often only short term support. Long-term support is usually bought with the fact that new functions are seldom, delayed or not integrated at all. In return, the support continues to guarantee stable work with still functional software.

With short-term support, every software update offers the user new features, new functionality, but often also new risks. Removing an old bug may have resulted in a new, previously unknown bug . The development of the software does not necessarily correspond (in parts) to a stringent progression, but can also be regressive.

This means that users lose functions or compatibility because they work with the standard version and its short term support. New features are often only submitted later in Long Term Support if they have been established as secure and reliable in the standard version – i.e. with some delay, if at all.

Patches and updates appear at a lower frequency, but this increases the reliability of the basic software. However, long term support does not necessarily mean that technical support is still guaranteed for the user. Rather, it means that the software itself is kept alive and thus supported in the long term. However, this is handled differently from manufacturer to manufacturer.

LTS is often used in connection with alternative software tests, in which several different program paths are published as standard versions and new features and bug fixes can be subjected to a functionality test. Even if long term support is mostly related to open source software, commercial applications often offer both forms of support.

Windows 10, for example, was provided with an (extended) short term support of 18 months in 2015, the long term support is currently estimated at ten years, but only for the Enterprise Edition. Manufacturers such as Microsoft are aware of the caution that professional users in particular and therefore offer with LTS attractive possibilities to be able to use older software without security gaps and with the latest hardware.

A firmly announced and communicated support period for Long Term Support makes it easy for users to assess how they can use their software safely and reliably in the future. This also makes it easier to install patches, as these have already been tested via Short Term Support and have proven to be functional without (further) bugs. Legacy software that always works with an application, plug-in or operating system continues to work.

With LTS, there is no risk of regression, so IT departments or private users can plan better. Using a version with long-term support is therefore less risky, but the maintenance patches or service packs appear less frequently.

This means that users in the STS cycle are more likely to have access to extended functionality, and even the longest long-term support does not protect against the end of the software lifecycle. Therefore, private and business users should watch closely when the time frame of the LTS ends and the software needs to be replaced with a new version.

Providers like Adobe have put a stop to any long-term support through systems like the Adobe Cloud – users can no longer purchase software, they can only subscribe. This means that users no longer have the choice of which software version they use, they are automatically in Short Term Support with their subscription and current versions are updated when they access the network.

Of course, this is only the extreme end of the spectrum, while legacy versions such as Linux Kernel or Windows enjoy long-term support that has been around for decades. 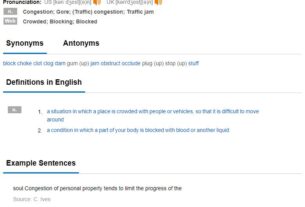 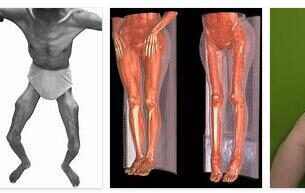